August Julen, a mountain guide and owner of a restaurant high up in the mountains at Findeln, above Zermatt (2100m above sea-level), was accustomed to seeing important people call in at his small restaurant. But Mr Heinz of “Heinz Ketchup” fame was different and it was as a mark of friendship that August promised him that if he had a son one day, he would call him “Heinz”. And that is what he did on the 29 February 1964 when, after the birth of his first daughter, Vrony, his wife gave birth to a son, Heinz Julen, followed by the birth of two more daughters named Leni and Moni

But it is not only his first name or his date of birth which distinguish Heinz Julen as a rare kind of person. Brought up in a close-knit family, deeply rooted in the region, and in which religion holds and important place, he maintains a rare relationship with his surroundings marked by a spirituality which gives his works such an individual dimension and makes Heinz Julen an exceptional artist with an extraordinary career. 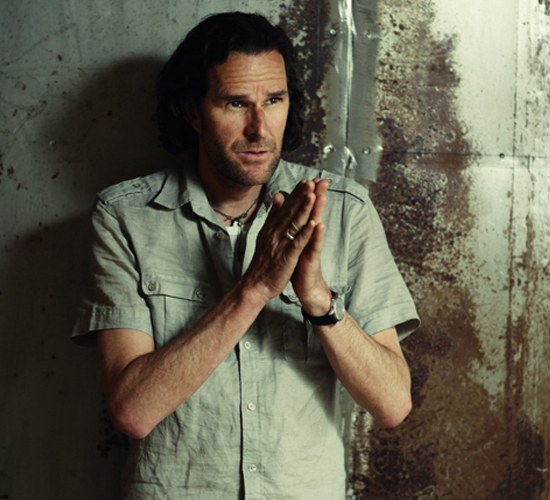 Guest speaker at the British-Swiss chamber of commerce. Topic: “Re invent or die, trends in travel industry” 08 September 2016

2016
Guest speaker at the Swiss Tourism Association – Bellevue Palast-Bern – on the Day of the Tourism Industry “Topic: Swiss Tourism in Transition” 02 March 2016

Project presentation for hotel in Tibet at 5,000 masl, 1st prize

Heinz Julen win the contest for the Small Matterhorn, with his project Matterhorn Glacier Paradise.

Presentation of his project in Ischgl (Austria), at the Tourism Forum of Alpine Region.

Opening of the new architecture office in Zermatt, with the partner Ueli Lehmann: ” Peak Architekten”

Re-opening of the restaurant Enzo-Vrony with his partner Thomas Sterchi, who is also in charge of the Vernissage.

Invitation at the architecture contest for the project on the Small Matterhorn.

Cooperation with Ueli Lehmann: First prize for the joint project to design the Little Matterhorn, founded by PEAK Architekten.

Participation at the contest for the Alpine Museum of Zermatt.

Presentation of furniture in the VIP area of the Contemporary Art Fair in Strasbourg, “St’Art”.

Presentation of the design at the contemporary art fair “St’Art” in Strasbourg, France

Heinz Julen intensified his collaboration with Michel Clivaz and the Archidata society:
They are working together on a project for a hotel in Marocco (Bouznika) as well as on a hotel project in Verbier.
Conferences with Michel Clivaz at the University of Montreal, the Grenoble school of
Architecture and the EPFL (Polytechnic School of Lausanne) on themes such as “art and tourism” and “mountain architecture”.

Invitation of Daniel GAUTHIER , founder of “Cirque du Soleil” , to join a creativity party, to developed the station Le Massif.

edesigning of the Vernissage in Zermatt, a new stage and a new concept which is even more modular, and the creation of a second Vernissage in Saas Fee.

The simultaneous inauguration of the 2 centres.

Photographic inventory of the works and archives of Heinz Julen by the photographer Serge Lohner and Michel Clivaz, private interviews to be used in the publication of a monograph.

Invitation from Michel Clivaz to speak at the Château Mercier in Sierre, Valais Presentation of the Matterhorn Highway Stadium to the Zermatt city administration (in collaboration with Michel Clivaz)

The redesigning of the Rothorn piste and the transformation of the former incineration plant into a car-park with a capacity of 2000 vehicles, with the upper section serving as the arrival point of one of the resort’s ski pistes. This project was presented at the Vernissage for the first time in September 2003 and has caused a certain amount of controversy because of its boldness.

Creation of a new line of furniture: INTO the Object

Exhibition in Malmö, Sweden, at the Art Museum: ”The Last Room of a Vision”

Completion of the construction of INTO and the 2 buildings constructed as accommodation for the staff of the hotel, named “Echec” and “Mat”.

Opening of INTO THE HOTEL
This hotel, which cost 27 million euros, was open for 7 weeks before being closed due to differences between Heinz Julen and the promoter Alex Schärer, who had the entire construction, apart from the shell, destroyed, thus removing all traces of the “artist”.

To express his sense of mourning, Heinz Julen organised an exhibition entitled “The Last Room of a Vision”, and published, with the support of his closest friends, a book accompanied by a DVD entitled: INTO The Performance

Exhibition at the “Vernissage “The Last Room of a Vision”

Construction of his LOFT in one of the buildings of the hotel.

Beginning of the construction of INTO THE HOTEL

First plans for INTO THE HOTEL and drilling work for the tunnel begin.

Opening of the Enzo Vrony restaurant in Zermatt.

Construction of a mobile bar in Aarau

Development of the “Cube System”: furniture and art become one and the same thing.
The design and manufacture of armchairs made of different materials (wood, leather, metal) inspired by ”flight cases”, which when opened provide a comfortable and very original seat.

Exhibition at the Walchli gallery on the theme of Mountain Cube
“Mountain cubes” are metal cubes whose sides measure 30cm, in different colours,
thrown from the top of a mountain and then recovered from the bottom of crevasses. The art results only from the deformation inflicted on the metal by the rock face, but the artist is responsible for creating them. Each cube is then exhibited accompanied by a line on a map showing where it fell, putting the work back into its context.

Exhibition at the Schoenegg gallery in Basel (paintings and sculptures)

Creation of a fountain, a sculpture with three kitchen sinks called Überfluss (overflow) which he donated to the village of Zermatt.

Construction of the View House. A new project, a new challenge: Heinz and his sister

Vrony decided to build a house with a revolutionary concept.

Heinz began work immediately, and was determined to construct the entire house, from the first sketch to the last shelves: he was involved in making the shell of the building to the same extent as he was in the design of the smallest piece of furniture.

Work on the subject of spirituality, with the representation of Jesus and Mary as its theme. A month’s stay in Israel.

Exhibition at the Luger Vlatten gallery in Heidelberg

Construction of his studio in Zermatt, built from of the concourse of the former Gornergrat mountain railway station.
With its metallic architecture in art nouveau style from the beginning of the century, the structure of this former station was doomed to disappear if Heinz Julen hadn’t decided to salvage it (as was his custom) and to turn it into his new studio. He cut the metal structure into four pieces, which he had transported by helicopter to the industrial zone at the edge of the village, where the building was reassembled on a concrete platform designed for this purpose.

Openning of the Vernissage Cultural Center of Zermatt.

The “Respekt” Exhibition at the Vernissage, with catalogue.

Exhibitions of sculptures with a religious theme, pictures and photos at the gallery of Andy Illien, a gallery owner in Zurich of international repute: works which fascinated, among others, Jean Tinguely, who saw great ability in Heinz and told him so.

Jean Tinguely should have been the first person to exhibit his works at The coming Vernissage Gallery, but he died two months before the exhibition.

Transformation of the Rudenhaus in Zermatt

Exhibition in Zurich within the framework of the women’s tennis tournament sponsored by the Tages–Anzeiger newspaper, which had a gallery built there in which Heinz Julen exhibited his paintings, collages and sculptures.

Enlargement of the mountain studio at Findeln.

Construction of a first studio in Zermatt

Exhibitions of several of his sculptures on the peaks surrounding Zermatt for films and photos.

Since there was nothing of its kind in Zermatt, he decided to construct his own gallery: The HEINZ JULEN Gallery. He built his gallery with his own hands and exhibited his works there.

These very special works were created out of elements salvaged from various places (plumbing, refrigerators, religious pictures,…), with each piece contributing its piece of history and life to the work.

Heinz Julen left Zermatt for the School of Fine Arts in Sion, stayed there for a year, just enough time to realise to what extent he needed the mountains and that he was ill-suited to the strictures of a study programme. He also discovered that art was the true vocation of the ski instructor he had been practically since he had left school.

Painting was at first a way to earn money, and he made a living through it with his representations of the famous Matterhorn, which he sold to tourists in the resort; but it was not his chosen path, and he turned to a more contemporary style of painting and then to sculpture in order to “make something with his hands”. He set himself up in his mountain studio, created things and subsequently gave several national and international exhibitions.

The beginning of the construction of his first studio at Findeln: it is here that he carried out his first self-taught experiments in construction and design, using everything that others would have thrown away; salvaging objects and adapting them from their original function became a way of thinking for Heinz Julen.

Feel free to contact us, we look forward to hearing from you.